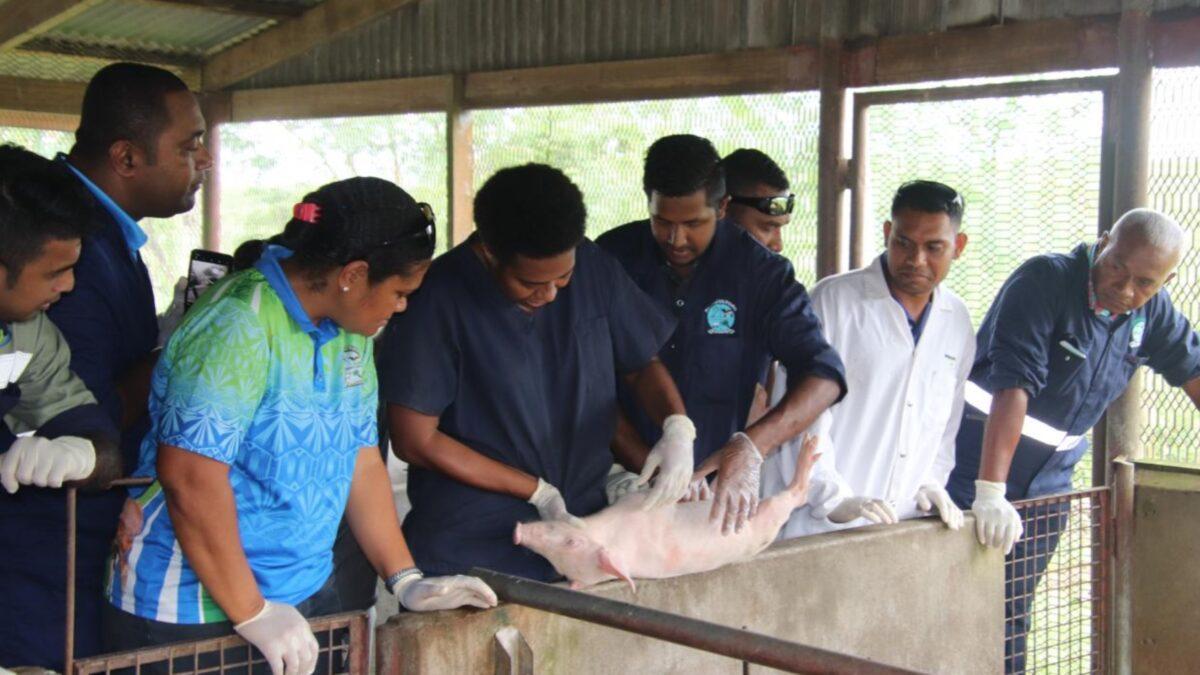 As the Pacific region grapples with the potential spread of African Swine Fever (ASF) and other transboundary animal diseases, the Pacific Community (SPC) has signed a partnership agreement with Biosecurity New Zealand to strengthen animal health diagnostics.

ASF is a highly contagious disease with high mortality rates and is currently present in Papua New Guinea. It is a growing concern for the wider Pacific region that has the potential to cause severe economic and animal losses. Pig rearing has cultural significance in the Pacific region and plays an important role in the economic livelihoods of many Pacific Islanders.

SPC’s Land Resources Division Sustainable Agriculture Programme Leader Gibson Susumu said the partnership with Biosecurity New Zealand will strengthen the diagnostic capability for animal health in the Pacific. This will ensure it is both efficient and effective at mitigating the risk of transboundary disease incursions. “Biosecurity New Zealand is a world leader in animal health and has shown keen interest in supporting agricultural development in the Pacific. We are eager to draw from their diverse expertise to bring about a positive and lasting change in the animal health sector,” said Susumu.

Under the agreement, Biosecurity New Zealand will support Pacific Island communities through SPC by providing diagnostic services for the detection of transboundary animal diseases in the region.  The diagnostic testing of samples will be undertaken at an accredited animal health laboratory in New Zealand. The costs of testing up to a country level diagnosis will be covered by the Pacific Partnership Animal Health and Biosecurity Programme, which is funded through Ngā Hoe Tuputupu-mai-tawhiti, Aotearoa New Zealand’s International Development Cooperation programme.

“We are proud to share our skills and knowledge to support our neighbours in the Pacific Island communities. Animal health is a shared challenge. Investing in successful biosecurity partnerships strengthens the capacity of all of us to face the challenges of the future.”

Strengthening access to laboratory services and improving diagnostic capability in the region is an identified priority of the Pacific Heads of Veterinary and Animal Production Services Network (PHOVAPS) network.

As the Secretariat of PHOVAPS, SPC’s Land Resources Division will provide coordination support through serving as a liaison between Biosecurity New Zealand and national focal points for activities performed under the agreement. It also gives ongoing support to member countries related to surveillance, sample collection, and packaging and shipment to Biosecurity New Zealand, to ensure New Zealand’s biosecurity requirements are met.